“A Night In The Deep South”

Our new CD available here. “Songs From The Swamp“

A celebration of the rich musical heritage of New Orleans and the Southern States presented with great humour and vitality! Featuring the music of such artists as Dr John, B.B. King, The Neville Brothers, The JB’s, Louis Armstrong, Alan Toussaint, Professor Longhair and Sidney Bechet to name just a few. A superb live show to satisfy even the most Catholic of tastes!

Why not look through our video gallery and enjoy the variety and sheer exuberance of The Swamp Dogs music. Want to know more? Contact bandleader Jeff Williams here. 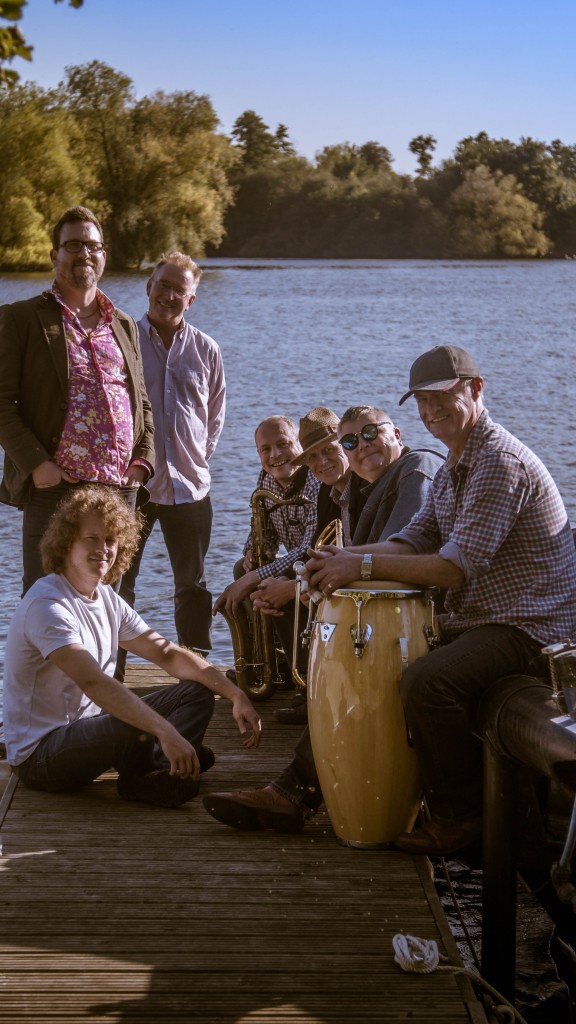 Expect a heady Gumbo of musical styles from Cajun to Blues, Southern Rock to Funk, Soul to Jazz and New Orleans Rhumba to Gospel. The Swamp Dogs, featuring incredibly talented musicians, present an amusing, informative and unique night of musical entertainment. Hear the story of how the cultural melting pot of the port of New Orleans helped to create amazing musical sounds that spread across the whole country and influenced 20th Century Pop Music. With stunning musicianship from players steeped in the styles of the region, audiences are in for a treat!

A rich mixture of musical styles infused with jazz. 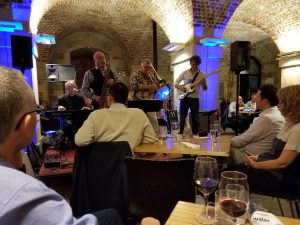 The Mississippi Swamp Dogs have been a constant presence on the London music scene for some years now. Burlesque Clubs, Jazz and Blues Clubs, Gala Balls, Charity Extravaganzas, 2012 Olympic Games Parties, Weddings: abroad and at home and even Cruises up the  Amazon!
The band have honed their musical performance skills down to a fine art on countless one nighters. From Blue Eyed Soul to Authentic Raw Blues, with everything  else in between, you are guaranteed a fabulous night of theatrical or corporate entertainment.

“The Mississippi Swamp Dogs took the Queens Theatre by storm whipping the very enthusiastic audience into a frenzy. their varied repertoire included Fats Domino, B.B. King, Bill Withers, Louis Prima,  and the great Louis Armstrong. Their brilliant style and pace brought us a high energy show of funk, cajun, soul, old style shuffles, Latin Rhythms, Rock and Roll and much more besides. With favourable feedback and calls for more, the Queens Theatre would welcome back this talented and personable band back anytime.

Wow, Jeff! Great sounding band, great promo You got it all!

Testimonial from Steven Rolls King, administrator at the Underground Theatre in Eastbourne.

Hi Jeff,
following our telephone conversation earlier today, I would like you to know that the feedback I got from a number of my friends who were there on the night, was unbelievable. They stated that it was the best gig that they had attended at the Under Ground. The musicians were so together and their sound was “to die for”.

Carole and I would like to thank you for the terrific gig you put on for our Club tonight. We were inundated with complimentary remarks from members and guests throughout the evening and as they left. Thanks again for super night and look forward to a return gig next year.

Hope to seeing you during the meantime.