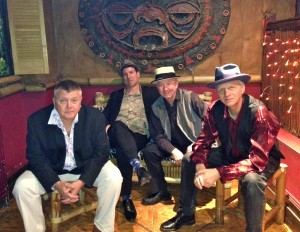 For London Swing Band Hire  we recommend Mississippi Swing. Based in London, the band has travelled far and wide! A four/five piece Swing Band that sounds so much bigger! Utilising the finest of Londons swing band professionals, Mississippi Swing have a stunning c.v. of high end corporate clients as well as hundreds of happy satisfied private clients.

Mississippi Swing is the Swing format of the Mississippi Swamp Dogs, a band that sells out world famous Ronnie Scott’s club whenever they appear there, & uses the same musicians. When you hiring this London group you’re guaranteed the music for your London based event is taken care of. Want a band to Lindy Hop to? Need a Swing Band for a Swing Dance? Arranging a Jive Party? Check us out below!

A fabulous Swing Band for a Lindy Hop, Jive or Swing Dance 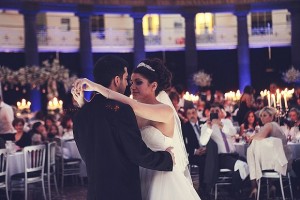 London Swing Band Hire for Weddings and parties. Mississippi Swing, based in London are a perfect band for weddings and parties. Quiet background Latin music for the reception, whilst guests mill around, followed by some rocking, Swinging upbeat songs for dancing! We can give you Jive Numbers, Prima Shuffles, and even Great Gatsby Style Jazz! Want a few Classic Pop Dance Classics too? No problem! How about having the band to learn a first dance? When people hire us we get asked this all the time, and are able to oblige 99 times out of a hundred!! Expect to hear great songs from such people as Frank Sinatra, Nat King Cole, Fats Waller, Count Basie, Ella Fitzgerald and Louis Prima. A great band for an anniversary or significant birthday!

Swing music was said to have come into being when Benny Goodman presented a concert of swing with his big band at Carnegie Hall in New York in 1938. Of course the truth is swing had been around for longer than this. Louis Armstrong had been developing a swinging style from the late twenties. Fletcher Henderson (who Louis played for), a black big band leader, had a swing band from the early thirties. In fact, Henderson wrote a lot of Benny Goodman’s band arrangements.

Swing music was being played in the ballrooms of New York by such bands as Chick Webb, Jimmie Lunceford and Count Basie. Dancing was the priority and the style of music these bands played was perfect for the dancers to perform to. As Duke Ellington’s song says “It Don’t Mean A Thing If It Ain’t Got That Swing!” This is very true. Music that swings is infectious. Music that is not swinging is felt by the feet! they don’t want to dance! If you find a band with a great drummer who can “drive” the band from the rear you are in for a treat!